Act on Climate will be bringing you the updates from local climate action groups.

It's crucial to hear from communities on the front lines of climate change, including here in Australia where we're already seeing the effects of sea levels rising, extreme weather events worsening, and summers getting hotter. The ongoing fires along the east coast serve to tragically demonstrate the severe impacts we're facing.

It's also important to hear from local communities because of the amazing spirit they bring to fighting for climate justice and the awesome successes they achieve!

Act on Climate Update: Climate Blockers on the Backfoot in Vic

Australia's emissions have increased *again* on the Federal Coalition's watch.

The conservative government’s refusal to tackle the climate crisis leaves communities exposed to intensifying climate impacts, such as the record-breaking heat in East Gippsland on the last day of October.

Meanwhile in Victoria, the Andrews government has less than five months to set Victoria’s first interim Emissions Reduction Targets. Momentum is building for targets that are bold and ambitious.

The Andrews government will provide $1.15 million in emergency funds to help arrest dramatic beach erosion occurring in Inverloch on the Bass Coast. The funding will go towards short-term projects such as the installation of a geotextile sandbag wall to help protect the Inverloch Surf Club.

Friends of the Earth say the emergency funding shows the Andrews government is increasingly aware of local climate impacts and prepared to act, but must show greater leadership when it comes to cutting emissions:

“It’s clear the Andrews government is paying close attention to the frontlines of climate change in Victoria. It will take a commitment to science-based Emissions Reduction Targets to limit the long term damage.”

The Labor government’s funding announcement comes in response to a community campaign sounding the alarm about the local climate impacts.

Over 150 Victorians rallied outside the offices of EnergyAustralia on Monday 7 October showing their frustration with the company's public comments on state climate and energy policies.

Community members sent a clear message to EnergyAustralia, the owner of Australia's most polluting coal-burning power station: "Get on board with Victoria's efforts to tackle the climate crisis or get out the way."

The protest comes following the latest IPCC report which paints a disturbing picture of climate damage. Sea levels could be 110cm higher in 2100, and extreme events will hit the coast once a year by 2050. The report underscores the need to keep global warming below 1.5°C.

The action began with a speech from Bass Coast resident Mat Morgan. Mat has seen coastal erosion first hand with his local beach in Inverloch losing 43m of shoreline since 2012—putting the surf lifesaving and a local road at risk.

Campaigners from Friends of the Earth and Environment Victoria made the case for cutting pollution, investing in renewables, and taking bold and ambitious action on climate.

Once speaker noted that EnergyAustralia (formerly know as TRUenergy) received $266 million compensation when the national carbon price was introduced in 2012. It kept the kept the money despite the fact the carbon price was repealed. Friends of the Earth say this money should be returned to cut emissions and help communities cope with climate impacts.

The snap action was called in response to EnergyAustralia's recent actions that undermine Victoria's efforts to rollout renewable energy and tackle the climate crisis.

Act on Climate Update: Climate Strike and Beyond

We have a tight timeframe to influence the Andrews government’s decision, but we have momentum. The Emissions Reduction Targets have been our central focus in 2019, and we have plenty to show for it:

Our campaign for Emissions Reduction Targets that keep global warming below 1.5°C comes amid an unprecedented display of community power on climate. Well over 150,000 people joined the September 20 Climate Strike led by school students.

Will you join the Global Climate Strike?

Friends of the Earth's Act on Climate collective is proud to have some School Strike 4 Climate Action people in our network. Here's a message they've written for our supporters across the state:

Cindy, a school striker, and Lucinda from Friends of Earth's Act on Climate collective here. We officially invite you to the Global Climate Strike on September 20!

The Federal government is failing embarrassingly on climate. Australia's carbon emissions are at a seven-year high and our government wants to open to new coal, gas, and oil projects! Whaaat?

We are in a climate crisis.

Greenland is melting and the Amazon is on fire. And just look into our backyard - last summer we saw record breaking heatwaves and increased bushfires; NSW is in Drought; and Inverloch, Victoria has seen more than 30 meters of coastal erosion caused by rising sea levels.

The mining and burning of fossil fuels is the number one cause of climate change. If we continue to burn fossil fuels, the IPCC says we will see increasingly 'catastrophic impacts.'

So three days before the emergency UN Climate Action Summit takes place, School Strikers are calling on workers to put down tools and students to put down their books and join them on September 20! 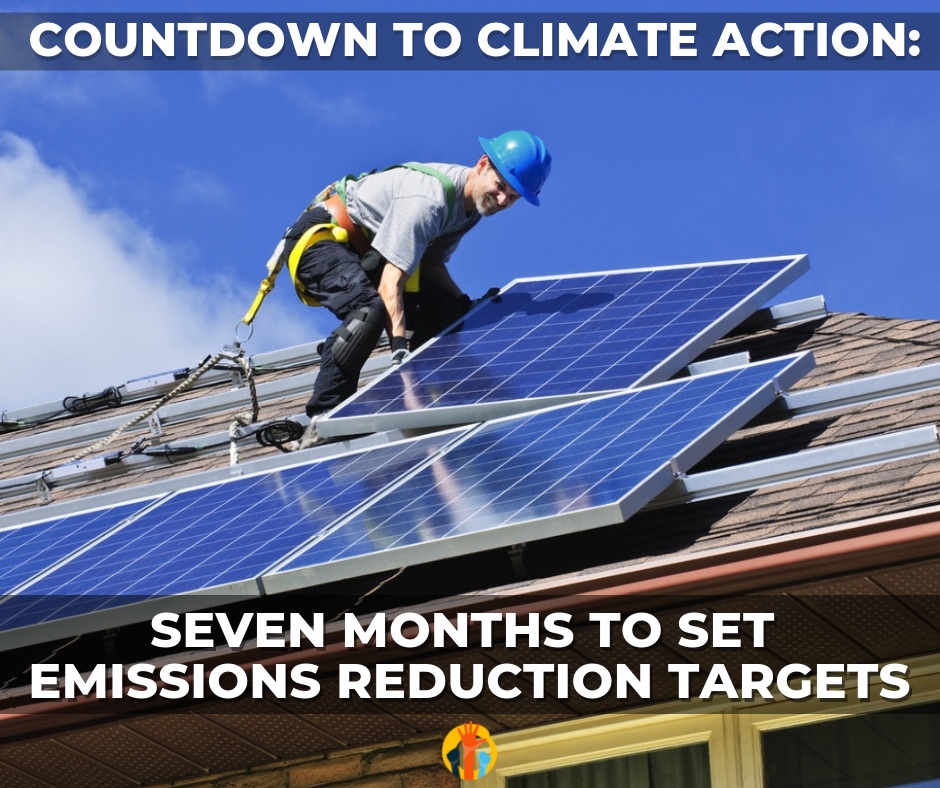 Friends of the Earth Melbourne welcome the Andrews government announcement it will today introduce legislation to increase Victoria’s Renewable Energy Target (VRET) to 50 percent by 2030, saying its a clear step forward for the state’s energy transition that will create thousands of climate jobs.

It is predicted the increased VRET will generate thousands of jobs across the state, and secure and additional $5.8 billion in investment by 2030.

“Victoria’s Renewable Energy Target has been critical in kickstarting the sector after years of failure on the climate crisis by the Federal Coalition” added Simons.

“If we are going to avert the worst impacts of the climate crisis, we need to build an energy system powered by 100 percent renewable energy, and this announcement takes Victoria one step closer to that outcome” said Simons.